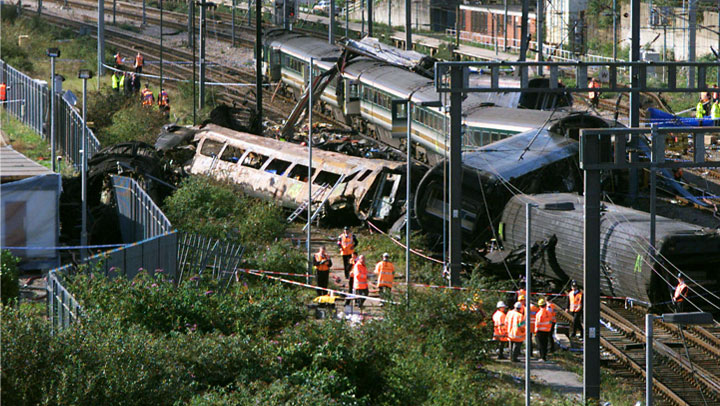 It was a nightmare reality I woke up to in late October 1999.

I opened my eyes, and it took me a while to realise that I was in a hospital bed. “What the hell?!”

For some reason, I found I couldn’t move my head at all. It was being constrained by something.

I then noticed that my arms and legs were heavily bandaged, and they were suspended from some strange metal framework around me.

The only thing I could move was my eyeballs and I began to desperately scan around looking for something recognisable because I still had no idea or memory of how I had ended up here.

Find out more about Pam’s remarkable story from her autobiography From Behind the Mask.

I opened my mouth to speak, then to shout, and lastly to try to scream but no sound came out. Again I couldn’t understand what was going on.

For a brief minute, all the horror movies I have ever watched flitted across my consciousness.

Not long after this awful awakening, a team of doctors gathered around my bedside.

I listened as they informed me that I had been involved in a catastrophic train crash. They told me of the damage that had been done to me physically from both the train crash and the fireball. I had little option but to take them at their word.

I then listened as they explained that I had just woken up from a three-week coma.

I had to listen further as they told me the fireball had ripped down my throat and into my lungs, leaving my vocal cords badly burned which was the reason I couldn’t speak.

Finally, they explained the long and tortuous road I had ahead of me if I wanted to recover.

Because I couldn’t talk I had no option but to listen – unable to respond apart from blinking rapidly as the tears welled up. Once they were gone all I could do was think and all I could keep thinking was “how the hell am I going to survive this?”

Discover Pam’s full story in her book – Behind The Mask 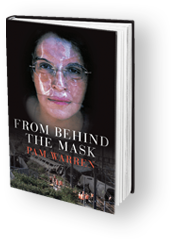 Get your copy here

Get your copy here

We use cookies on our website to give you the most relevant experience by remembering your preferences and repeat visits. By clicking “Accept All”, you consent to the use of ALL the cookies. However, you may visit "Cookie Settings" to provide a controlled consent.
Cookie SettingsAccept All
Manage consent

This website uses cookies to improve your experience while you navigate through the website. Out of these, the cookies that are categorized as necessary are stored on your browser as they are essential for the working of basic functionalities of the website. We also use third-party cookies that help us analyze and understand how you use this website. These cookies will be stored in your browser only with your consent. You also have the option to opt-out of these cookies. But opting out of some of these cookies may affect your browsing experience.
Necessary Always Enabled
Necessary cookies are absolutely essential for the website to function properly. These cookies ensure basic functionalities and security features of the website, anonymously.
Functional
Functional cookies help to perform certain functionalities like sharing the content of the website on social media platforms, collect feedbacks, and other third-party features.
Performance
Performance cookies are used to understand and analyze the key performance indexes of the website which helps in delivering a better user experience for the visitors.
Analytics
Analytical cookies are used to understand how visitors interact with the website. These cookies help provide information on metrics the number of visitors, bounce rate, traffic source, etc.
Advertisement
Advertisement cookies are used to provide visitors with relevant ads and marketing campaigns. These cookies track visitors across websites and collect information to provide customized ads.
Others
Other uncategorized cookies are those that are being analyzed and have not been classified into a category as yet.
SAVE & ACCEPT